The museum has had a few special visitors over the last week. 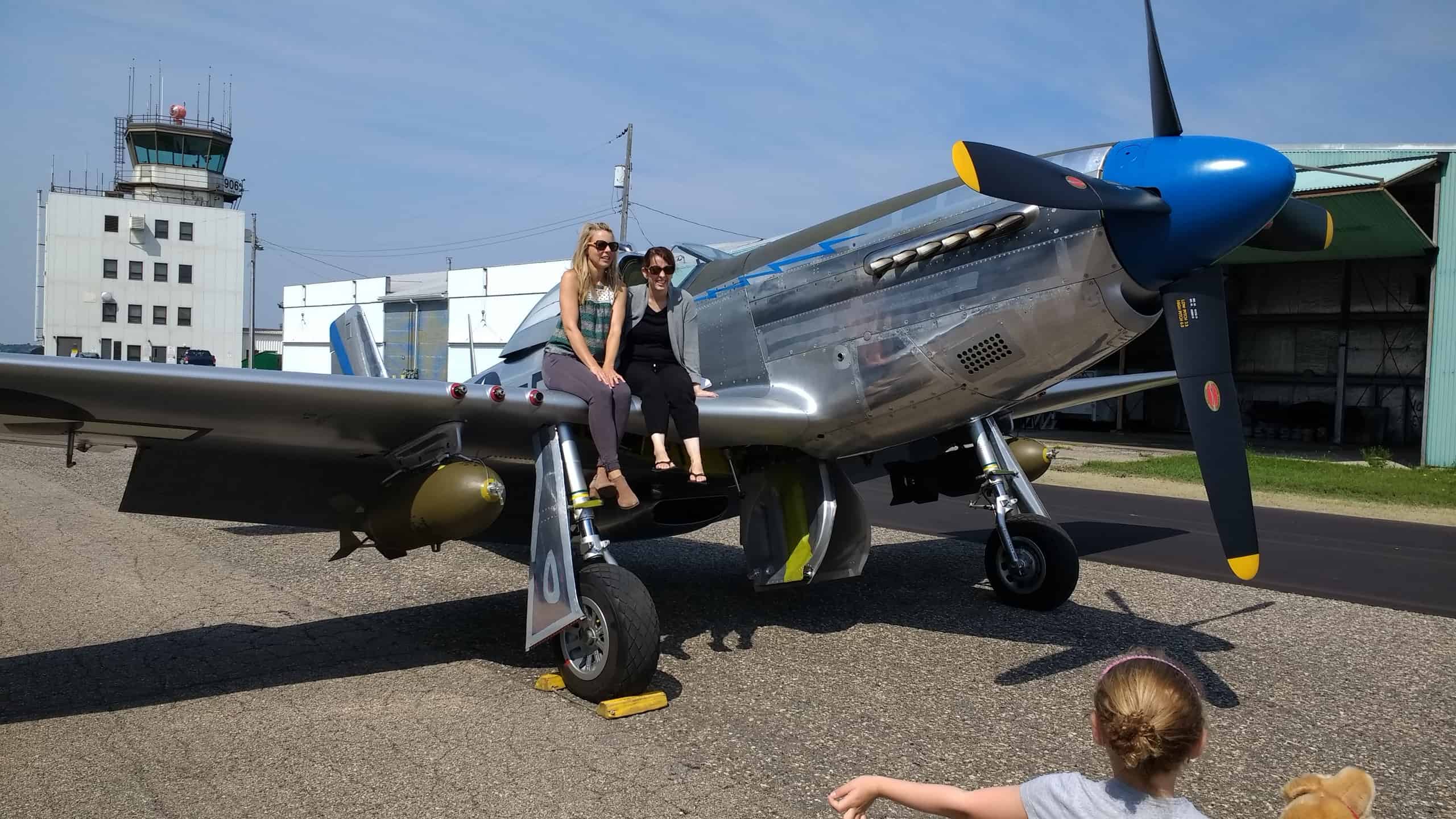 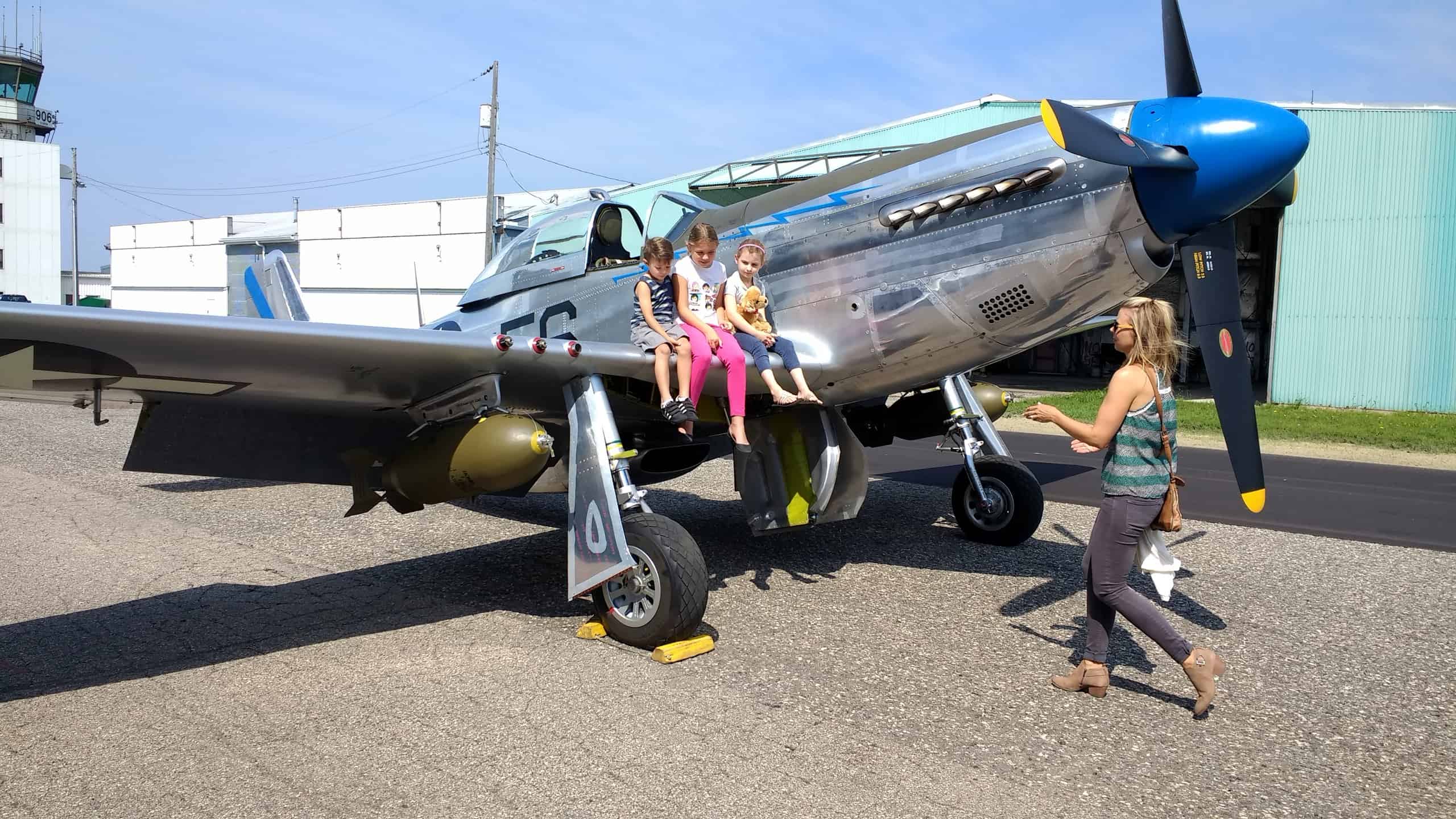 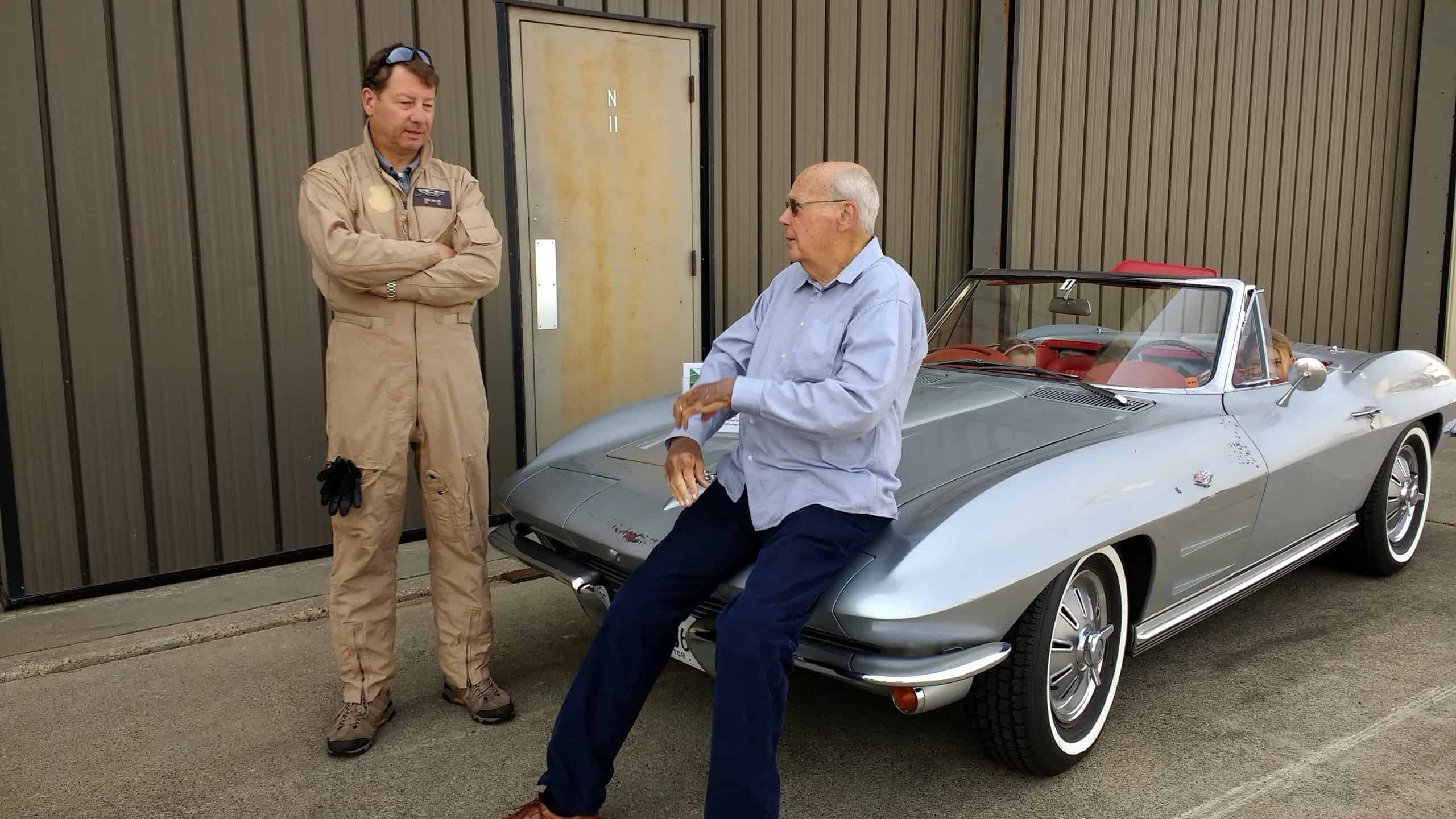 John Sinclair (Sierra Sue II pilot) and John Christgau talk. John is sitting on his brother’s Corvette which is on loan to the museum from the Christgau family.

Double Centurian, (a Centurian had 100 landings on an aircraft carrier)
Retired Commander Carlton Bye and his family came to see our Corsair recently.
Flight Student Bye soloed at Flying Cloud when he was 17, enlisted at 19 in
1947 and after Naval flight training in the same class with Neil Armstrong
he was assigned to the USS Leyte flying Corsairs during the Korean conflict.
He served in VC and VR squadrons. 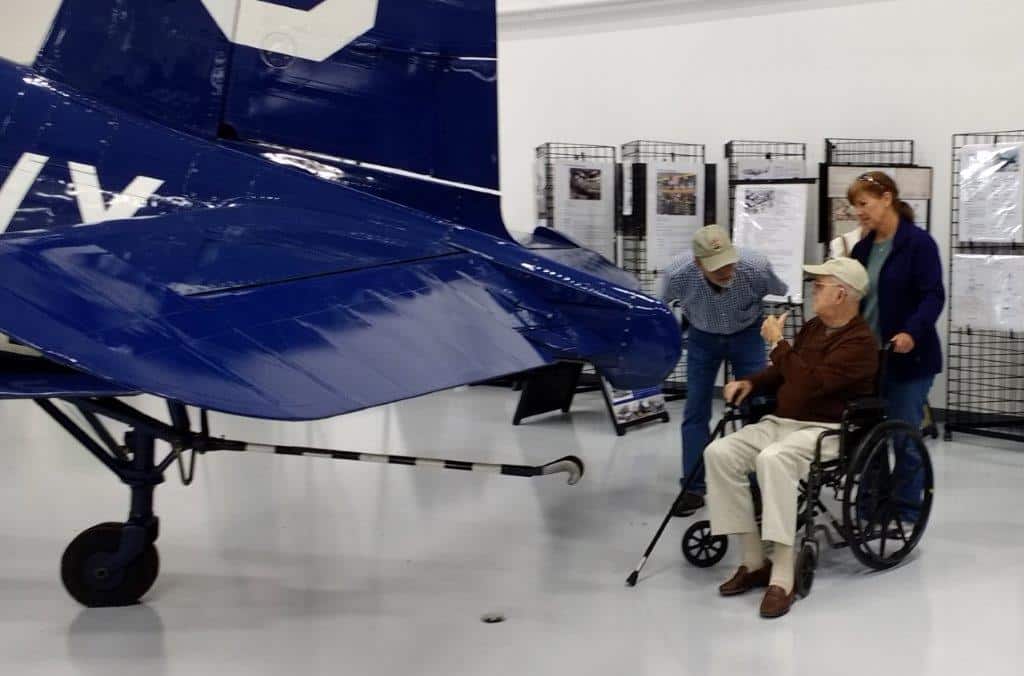 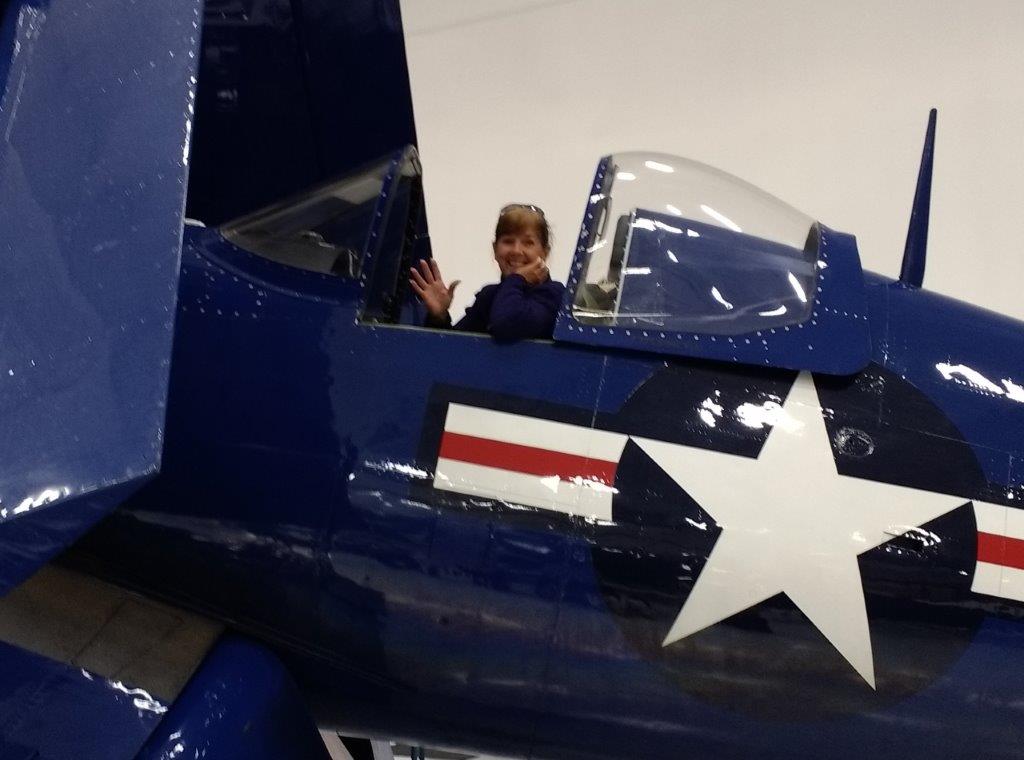