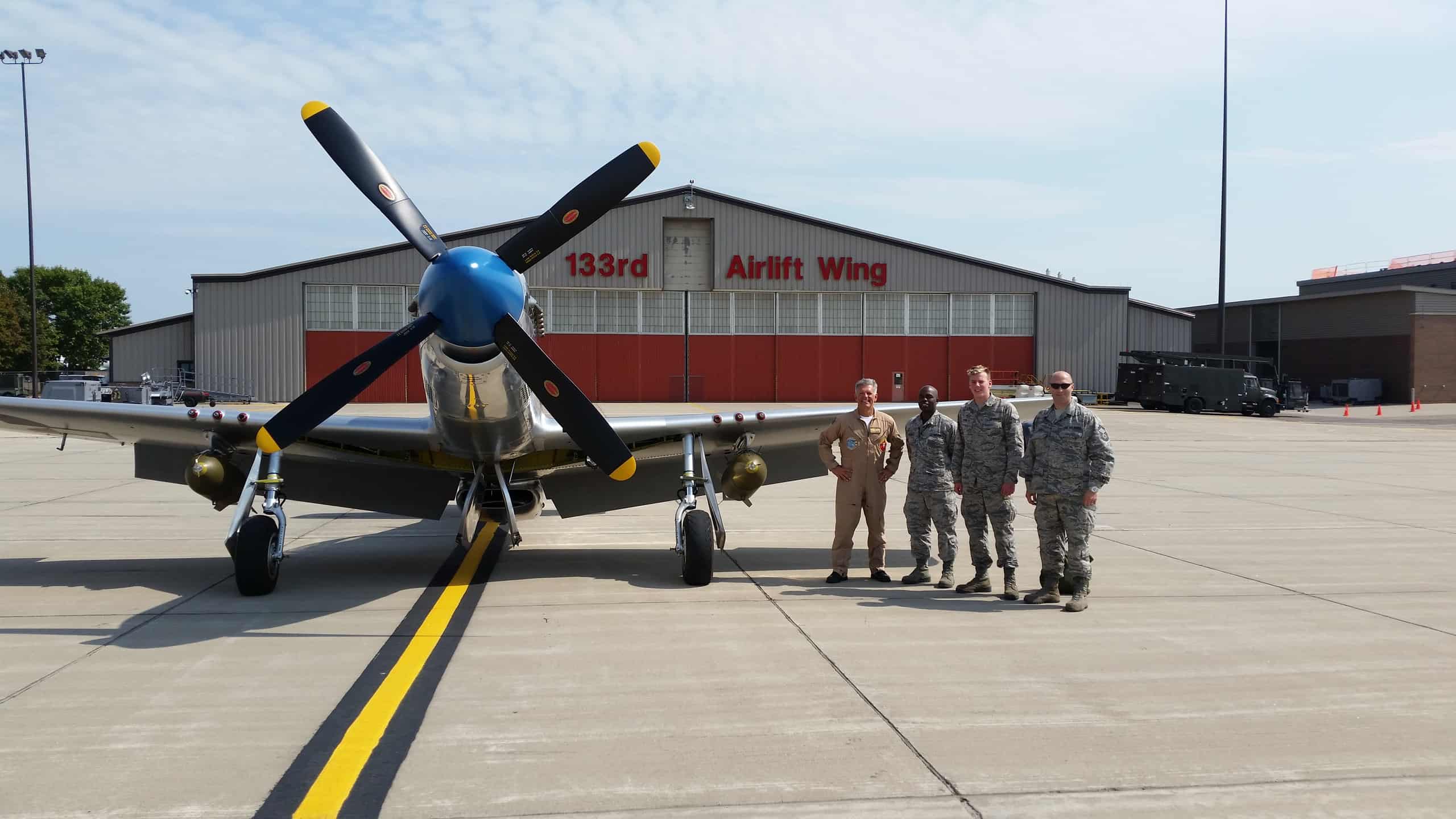 We were given the royal treatment by the entire crew at the wing and would like to thank Lt Colonel Gia Wilson-Mackey and her staff for their hospitality.

Attached is a picture with a couple of the airmen that helped us launch Sue on Sunday. L-R TSGT Scheress Hendricks, SRA Hayden Fowler and SMSGT Kyle Klass.

Thank you from Wings of the North.