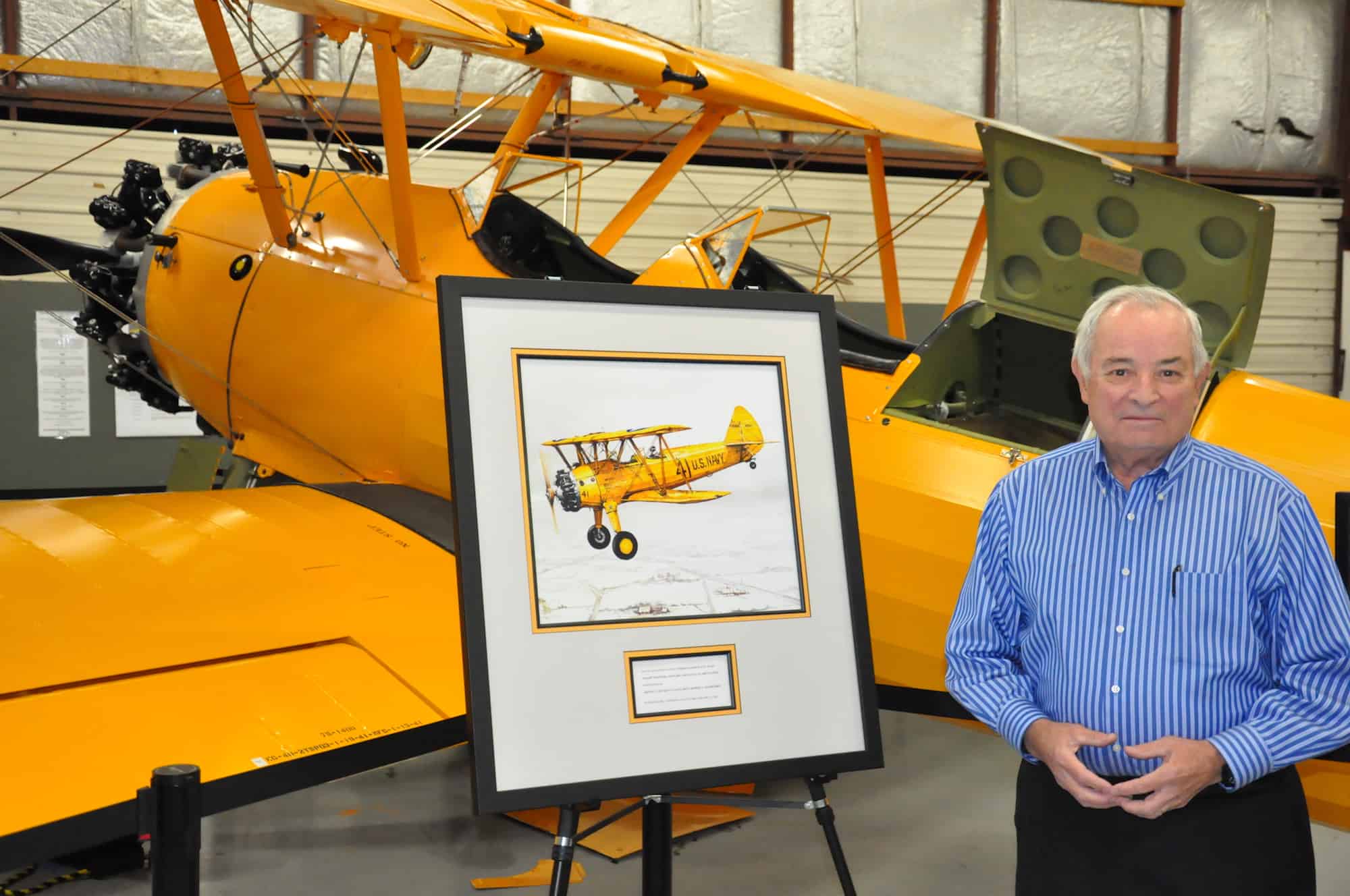 The Wings of the North Air Museum has been presented with a painting of Naval Aviation Cadet George H.W. Bush  during primary flight training at Naval Air Station Minneapolis,  Wold Chamberlain Field. It depicts him soloing over a white Minnesota landscape in the winter of 1942-1943 in a Boeing N2S Stearman.

The original picture painted by  Captain Robert L. Rasmussen, US Navy, Ret. is a painting of the Stearman when NAVCAD Bush made  his first solo flight.  This Stearman and the original painting hang in the Naval Aviation Museum in Pensacola, Florida. WOTN’s  picture was commissioned and presented to Wings of the North Air Museum by Captain Duane Cox, US Navy, Retired with the permission of the Naval Aviation Museum, Pensacola.