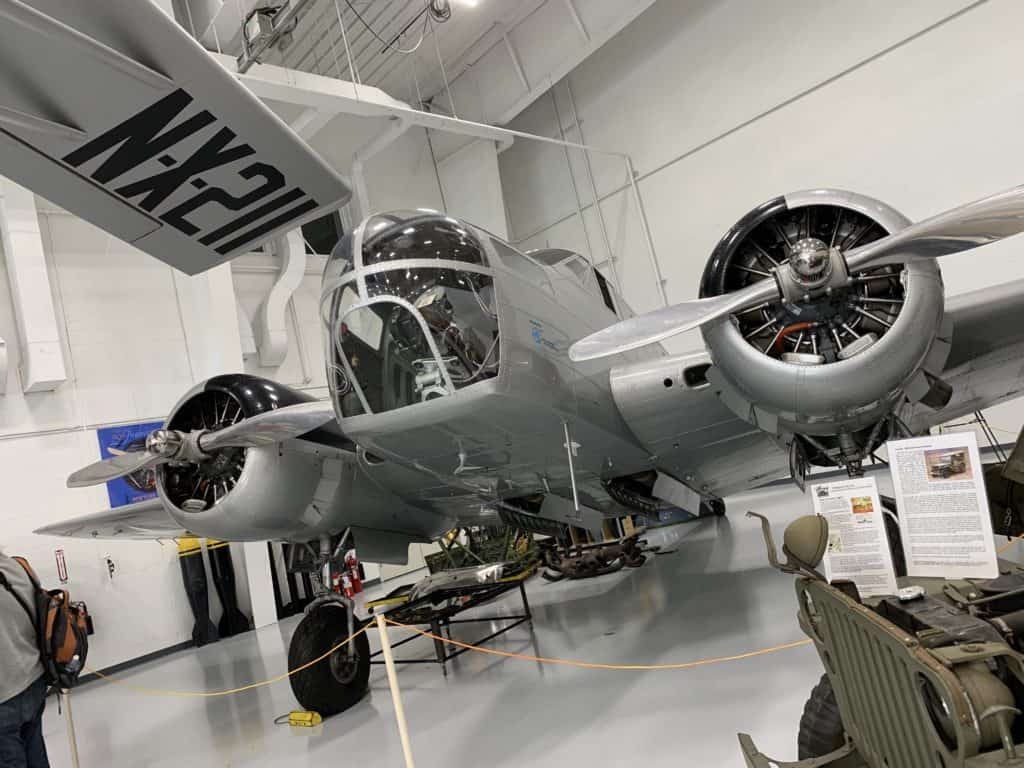 The Beechcraft SNB-1 “Kansan” is a Navy version of the venerable Army AT-11 “Kanasan”. During World War II, the Kansan was used extensively as a bombardier/navigator trainer and gunnery trainer. While more than 1500 AT-11’s were built for the Army, only 110 SNB-1’s were built for the Navy. This aircraft is one of the few SNB-1 survivors and the only active one flying today. The aircraft will be on display at least through AirExpo.