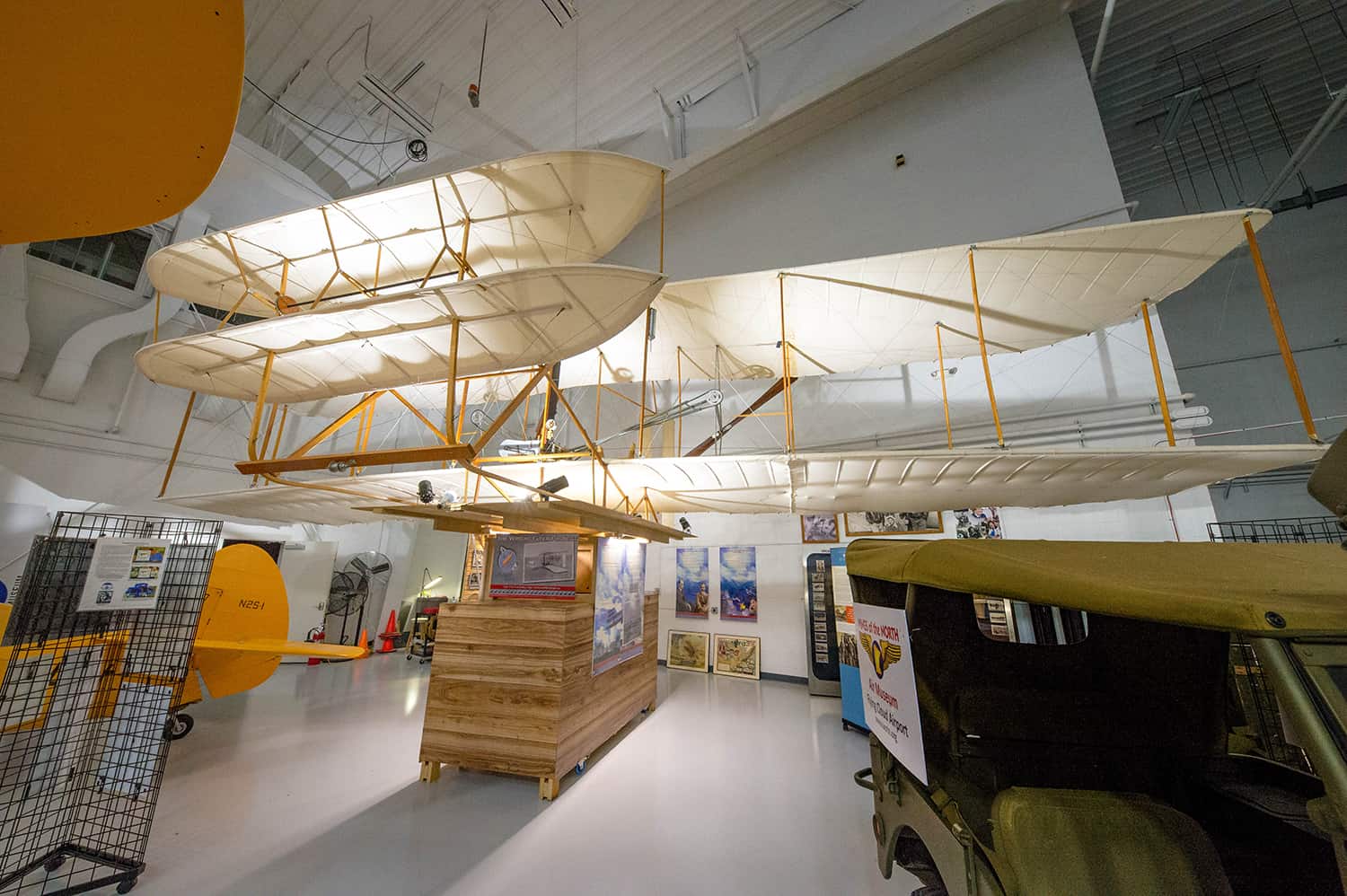 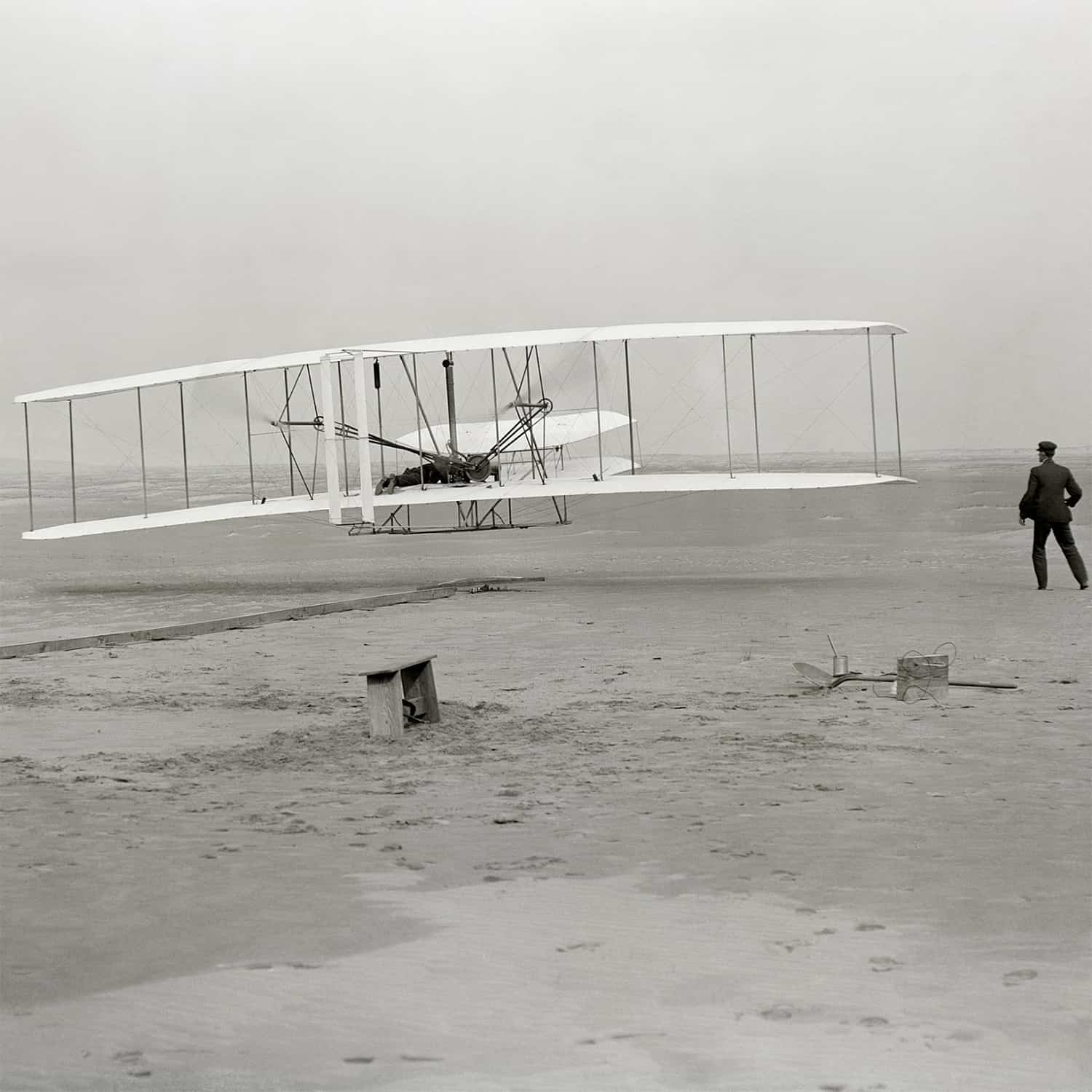 The original Flyer was flown four times by Orville and Wilbur Wright on December 17, 1903, near Kitty Hawk, North Carolina, becoming the first powered heavier-than-air craft to display sustained controllable flight.  The original is on display in the National Air and Space Museum in Washington, DC.

The replica aircraft was commissioned by the State of Minnesota to celebrate the centennial of the first flight in 2003.  It was built by Flight Expo Inc., a volunteer nonprofit group in Princeton, Minnesota, which has loaned the aircraft to WOTN for display. 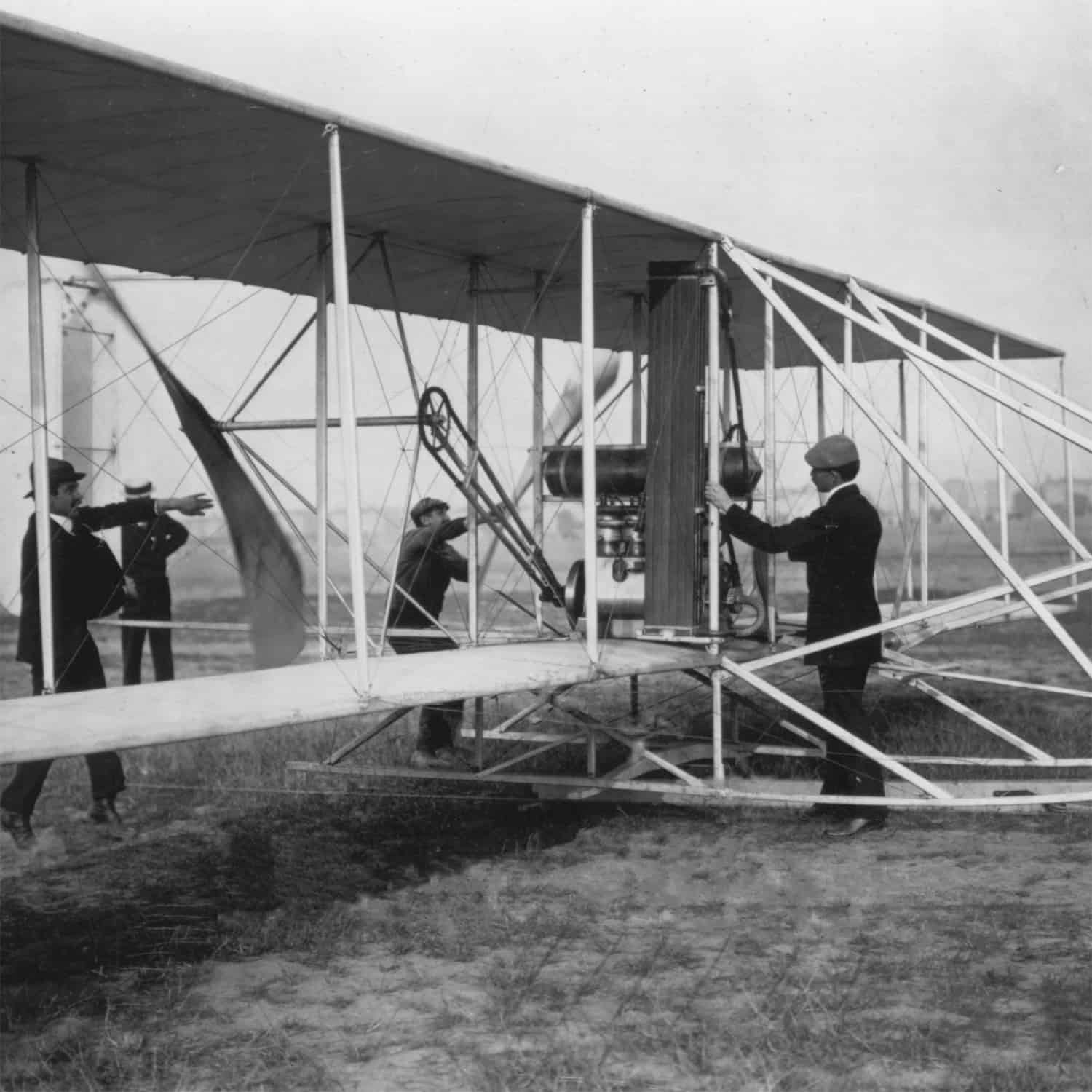